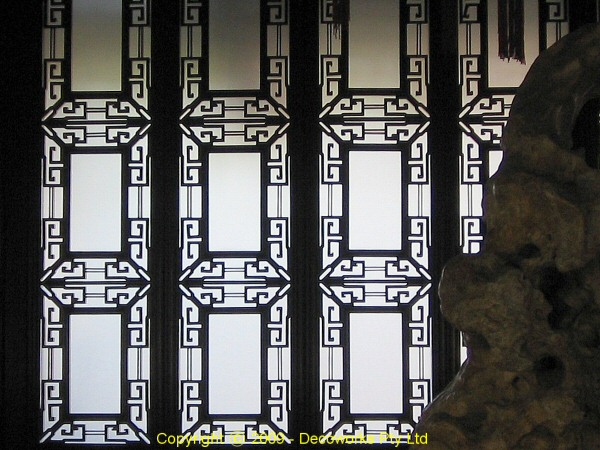 View out from window

For centuries the Chinese used paper covered wooden lattice grilles in their windows. The lattice was often painted in black or dark red lacquer and decorated with gilt flowers and ornament. As the paper was translucent it was the shadow of the lattice design that was the window feature instead of actual views of the outside world. The paper was replaced on the Chinese New Year with fresh paper and damaged lattice bars repaired. Plain white paper was used but often that with printed decoration or calligraphy was also used.

Chinese lattice is visually appealing from an artistic point of view and are intellectually intriguing from the mathematical. They can be found in many countries in the Far East, e.g. in Korea, Japan or Vietnam although the lattices from China itself are stylistically slightly different to those from Japan or Korea. Many designs contain arcane symbolism whose meaning has been lost over time however their inate beauty still hints at their deeper meaning.

Very few books concerning Chinese lattice exist. The oldest printed reference to Chinese lattice was compiled around 1631AD by Chi Ch’eng of Sung-ling near Soochow which contained 232 wood cut illustrations with limited commentary. The master carpenters who designed the lattice made their own pattern books but these are rare. The Chinese were generally uninterested in the work of artisans particularly those that concerned themselves with something as ubiquitous and ephemeral as wooden window grilles. 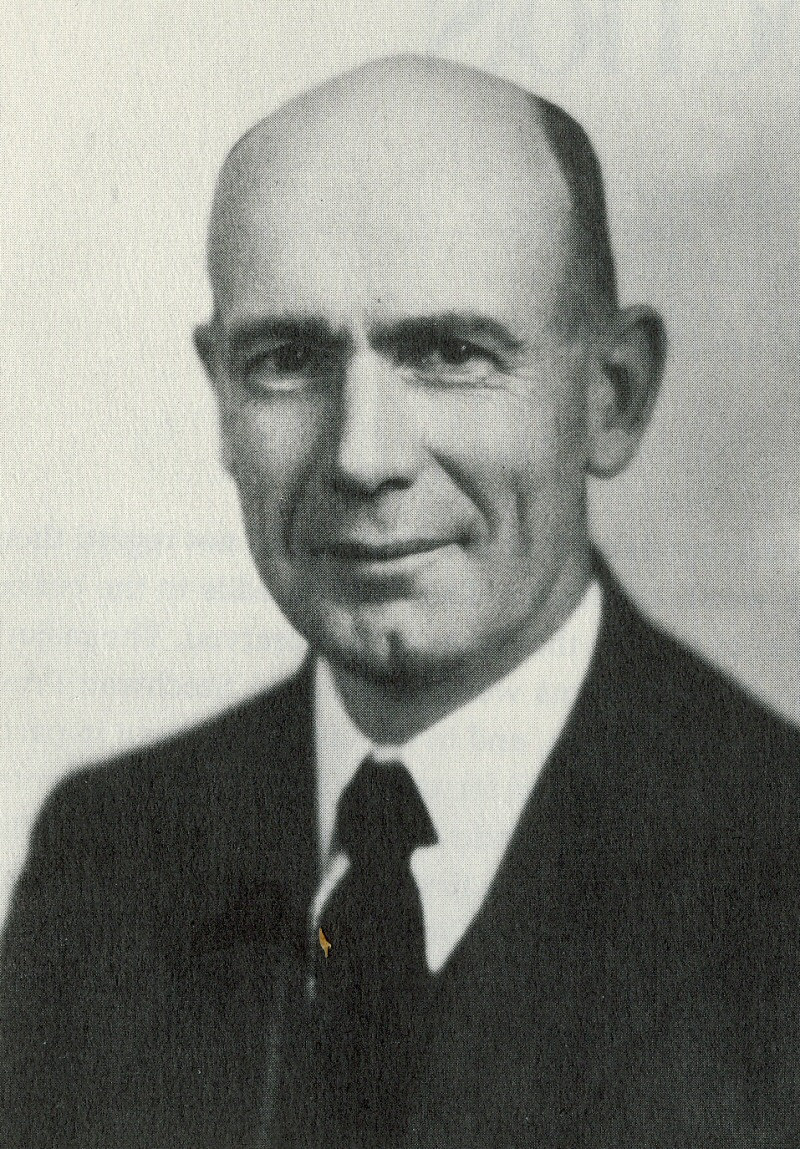 The first comprehensive effort to document the variety of Chinese lattice styles was made by Daniel Sheets Dye, an American professor working in West China Union University in Chengtu, Szechwan China.

Dye first started collecting and documenting lattice in 1916. Over the following years he travelled widely throughout China documenting and categorising the varieties of lattice patterns he found.

“I collected the designs on the road, for I had more sedan-chair travel than the reader can imagine a full-time teacher could have between 1908 and 1949. I would get out of my “chair”, measure and sketch a window that caught my eye, and catch up with the caravan at the next stop.” 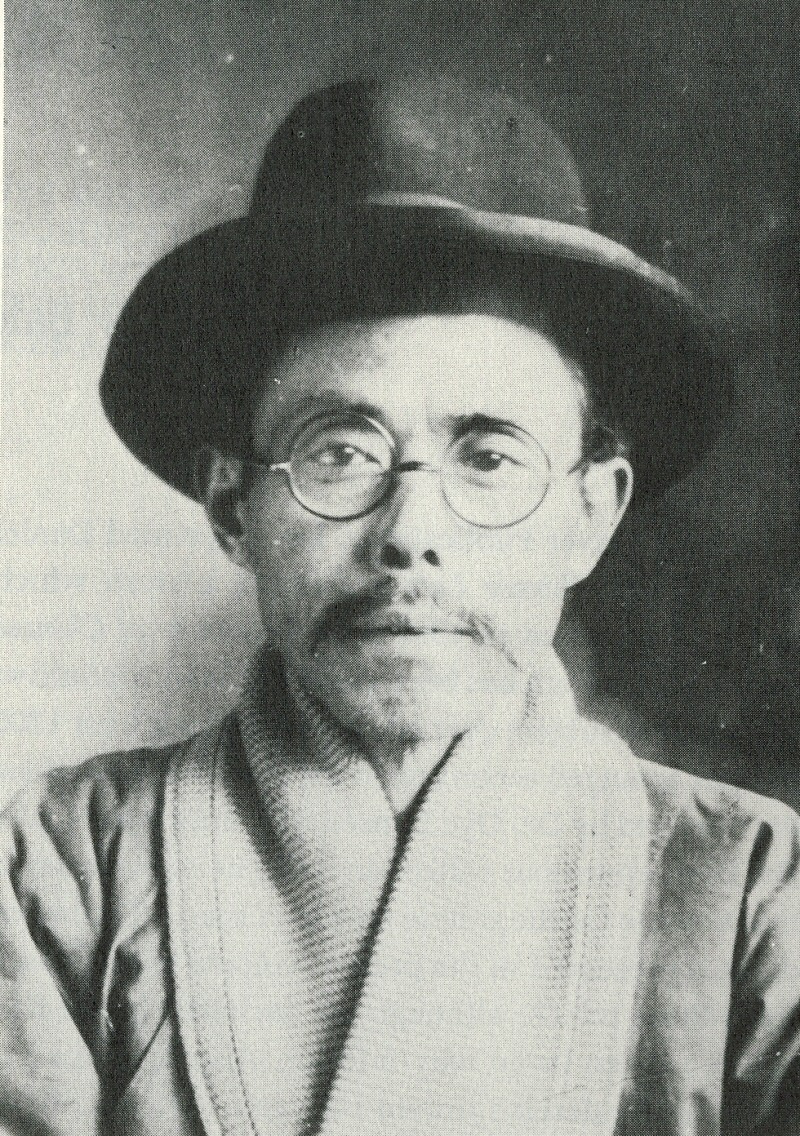 Mr Yang Chi-shang, a draughtman-artist in Chengtu city, assisted Dye by preparing lattice drawings from the sketches and rubbings he had made on his travels. He did all this in his spare time up until his death in 1936.

Dye’s book, “A Grammer Of Chinese Lattice”, was first published in 1937 and has remained in print ever since. It is the definitive reference of Chinese lattice made from 1700AD-1900AD that was extant in the 1920’s.

Much of the original lattice documented by Dye has disappeared over the years as glass became the material of choice for windows. Many of the enigmatic designs in his book, meticulously drawn by Teacher Yang, still provide an inspiration for modern interpretation and application in the modern home.