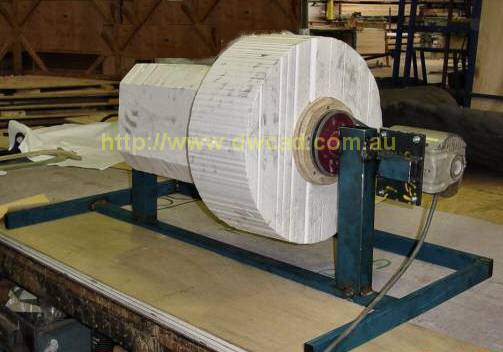 Fitting polystyrene to the simple lathe

Prepare the polystyrene block for the simple lathe by glueing two circular pieces of 12mm plywood on both the ends of the block. This gives a solid mounting point to fit the polystyrene into the lathe. The long edges of the block are trimmed at 45 degrees to make it easier for the initial turning. 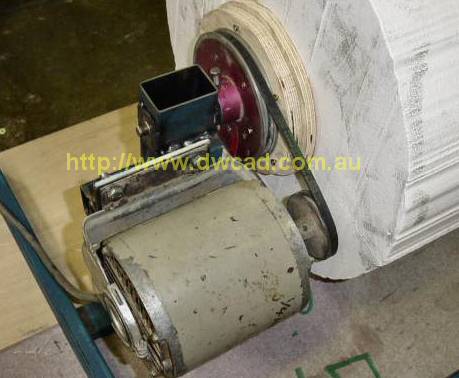 The heart of the lathe is an electric motor that has a small pulley fitted to its shaft. I used an electric motor from an old gem tumbling machine but any electric motor that is available is suitable as long as it has enough torque to turn the polystyrene block.
A larger pulley on a short shaft is fitted through holes drilled in one of the upright posts. A washer and pin is fitted through a hole in the shaft where it protrudes the other side of the post. This secures it in position. Fasten the polystyrene block to the larger pulley by screwing it to the timber disc.

The motor and its mounting plate is positioned with a pulley belt so that it lines up with the larger pulley. It is welded into this position. A little grease is applied to the larger pulley shaft were it passes through the post. 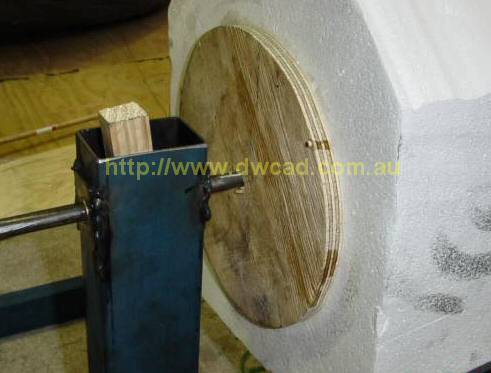 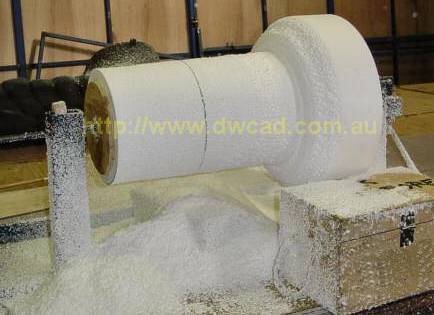 Check that the polystyrene block turns freely and turn on the power. The polystyrene can now be turned to the desired shape. The main things to watch are that the pulley belt and pulleys are perfectly aligned and the tail stock shaft is secured. The lathe frame should be screwed down to the bench to stop it moving around. Use a weighted box fastened to the bench as a tool rest when turning. Alternatively you could make an adjustable bar to support the turning tools.