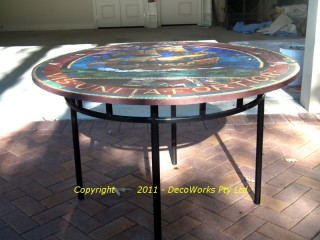 A steel table base was needed by a client who had a beautiful early 20th century mosaic table top made by the prominent Dublin stained glass artist Ethel Rhind.

The mosaic plaque was in two halves and was originally used as a wall plaque for an unknown company in Hong Kong. Somehow it then ended up in Singapore and, as nobody wanted it, would have been discarded if not salvaged by the current owner many years ago.

Round table base support

The mosaic was very heavy and, having a cement back, prone to being broken if treated roughly. To give the mosaic as much support as possible a circular table base was designed to offer uniform support around its circumference.

The existing two brackets that had been fibreglassed to the back of both halves were utilised to fix the mosaic to the new table base frame. Additional steel brackets were made and fibreglassed down the middle edge of both halves to stop the halves flexing when the table was lifted by the edge.

While cleaning the mosaic with the client after it had been fitted to the table base Ethel Rhind’s signature was discovered on the edge of the mosaic. It had gone unnoticed for years and was an unexpected bonus for the owner who now has a steel mosaic table with a history as colourful as its theme. 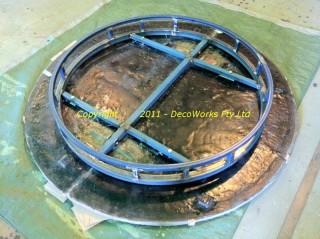 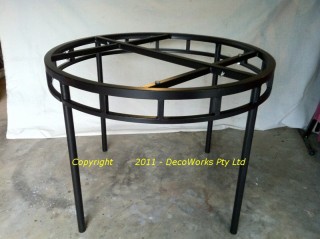 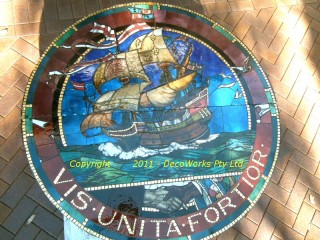 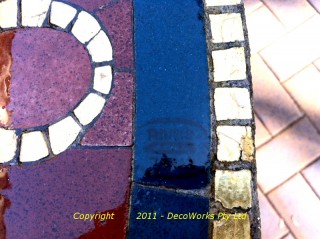