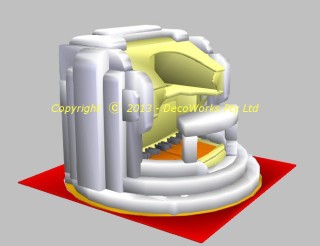 Several months ago DecoWorks was approached by Theatre Historian and designer, John Love, about the possibility of building an illuminated surround for the Wurlitzer organ at the Cremorne Orpheum in Mosman. Illuminated surrounds were hugely popular during the 1930’s and 40’s in England largely due to the creativity of the John Compton Organ Company who built around 260 instruments in their heyday. 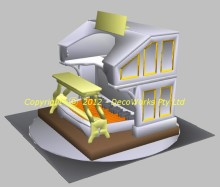 The only design constraint was that it couldn’t be larger in diameter than the revolve on which the organ console sat (so it could rise up through the hole in the stage floor and rotate) and the height was critical as there was virtually no clearance from under the stage floor to the top of the console when it was in its lowered position.

The first task was to accurately measure the available space and the organ console itself. John organised for access to the under stage area where the organ was located and, from the measurements taken, a 3D CAD model of the console and revolve was produced. Using this 3D model the design of the surround could proceed so that it was a snug fit around the console so as to use all the available space. The main problem was the configuration of the light boxes and how to fit them aesthetically to the console. 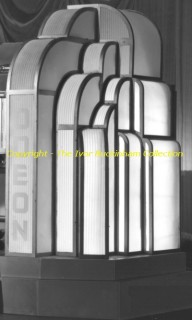 The Cascade style surround from the Odeon at Haverstock Hill.
(From the Ivor Buckingham Collection)

Inspiration for the design came from an early Compton example of the Cascade style with the surrounds fitted either side of the console. Some of these surrounds were quite large and impressive as can be seen in this post.

A different configuration was needed to accommodate the restrictions imposed by the revolve. To make the most efficient use of the available space an illuminated stepped platform plinth with a built-in illuminated seat was devised. This integrated the surround with the organ console rather than being a separate *add-on*.

Illumination of the shallow light boxes would be achieved using modern LED technology. This has the advantage of infinite colour variation and also lends itself to DMX programming to produce quite complicated lighting effects. This will be further enhanced by having each section of the surround, including the stepped base platform, on separate programmable circuits which could produce some spectacular effects.

Pictured below are the final illuminated surround 3D renderings. 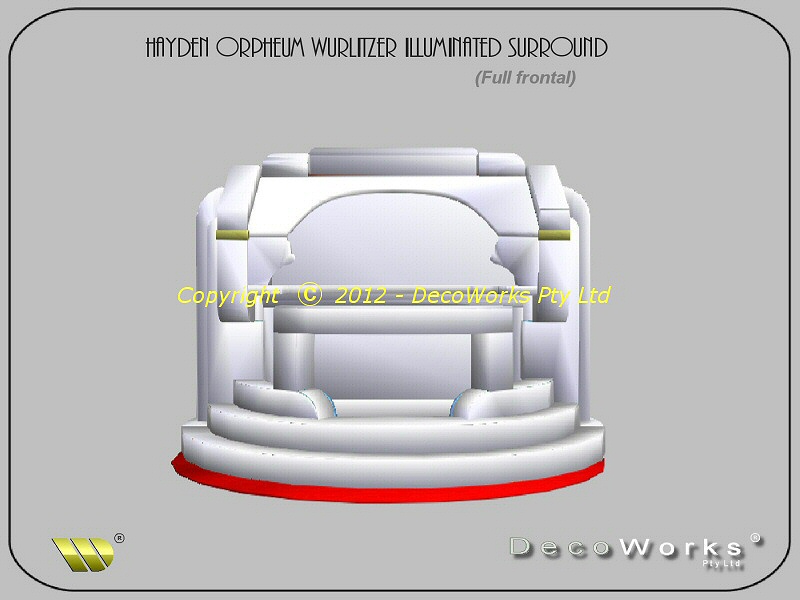 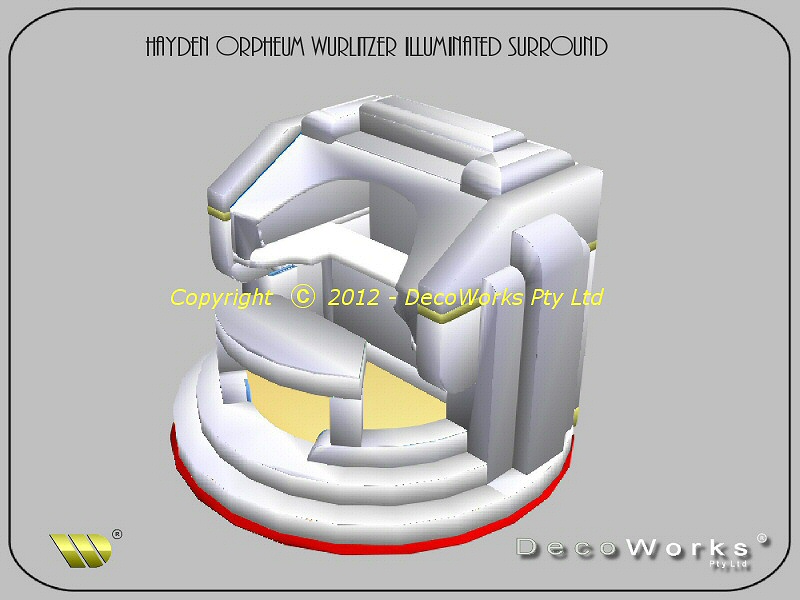 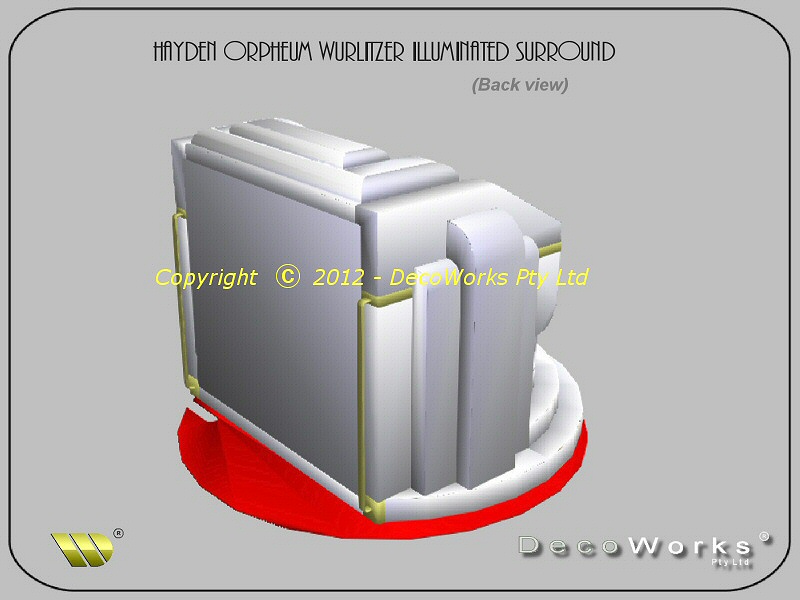 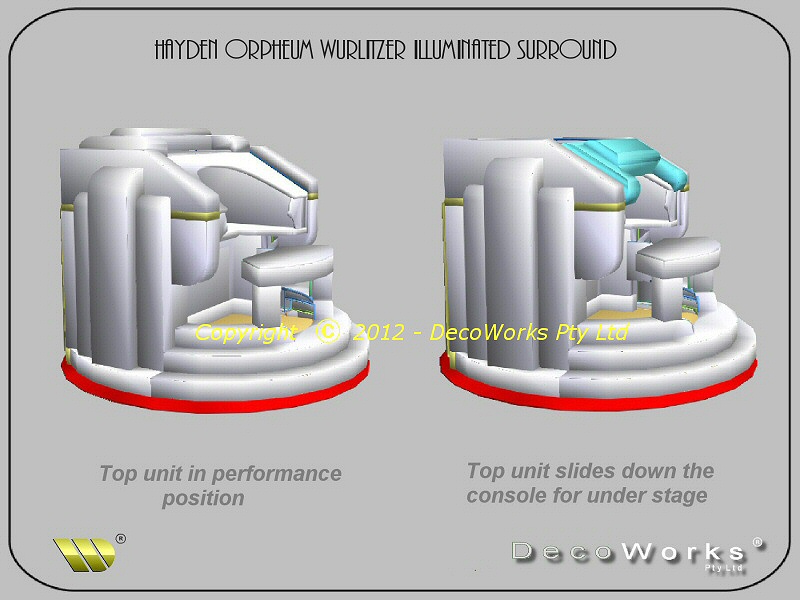 Only time will tell if this concept ever leaves the page and becomes a reality.