The former British consulate in the southern Taiwan city of Kaohsiung has an interesting disguise on the buildings gutter downpipes. Someone has gone to a lot of effort and time to disguise the downpipes from the roof gutters to look like bamboo. It’s a nice touch and looks so much better than plain downpipes.

There are many instances in Taiwan and China where a little extra effort has gone into decorating otherwise bland everyday objects so they blend into their environment. Bamboo is a popular disguise and many examples abound once you know what to look for. More bamboo disguise can be found here. 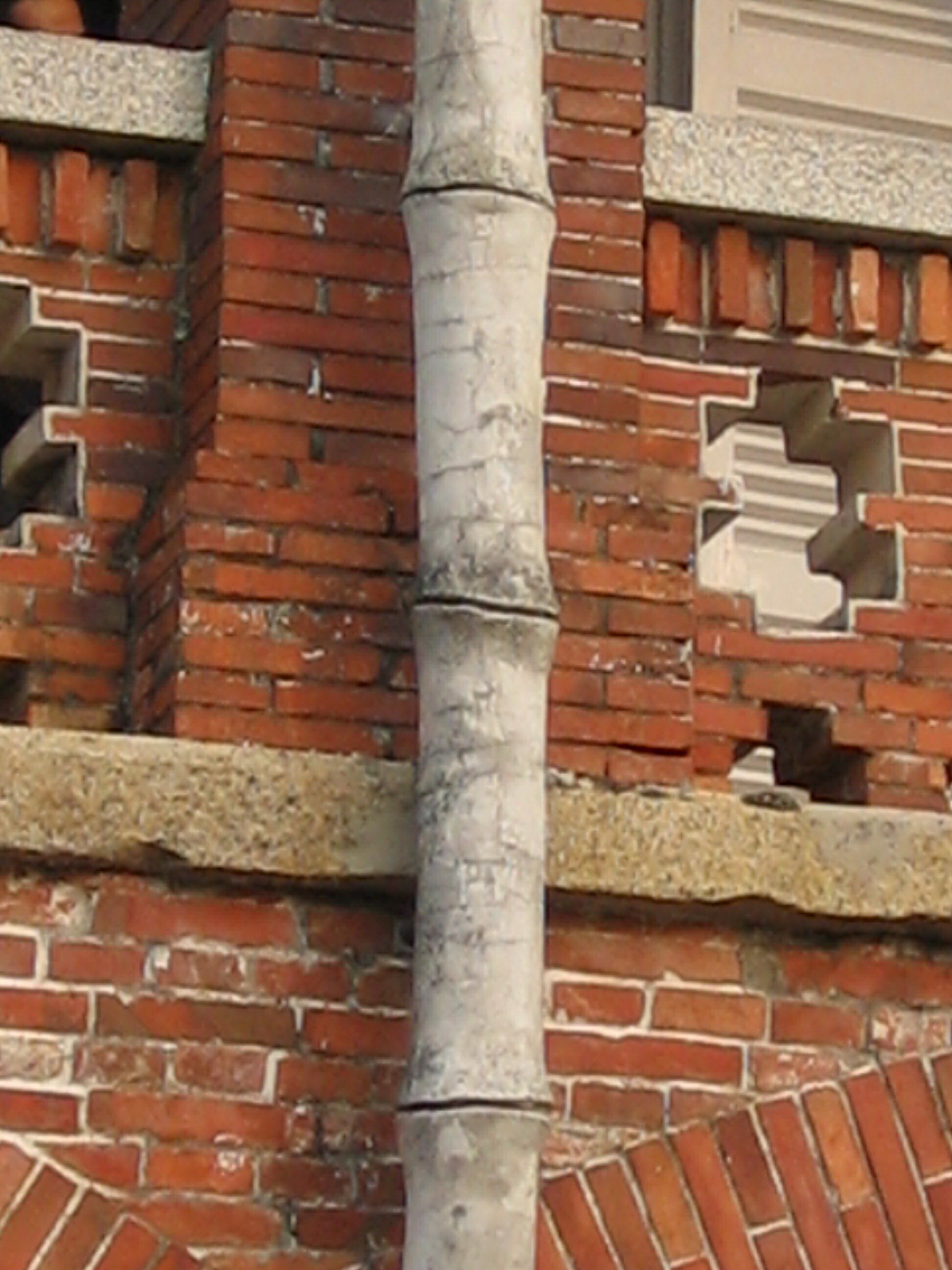 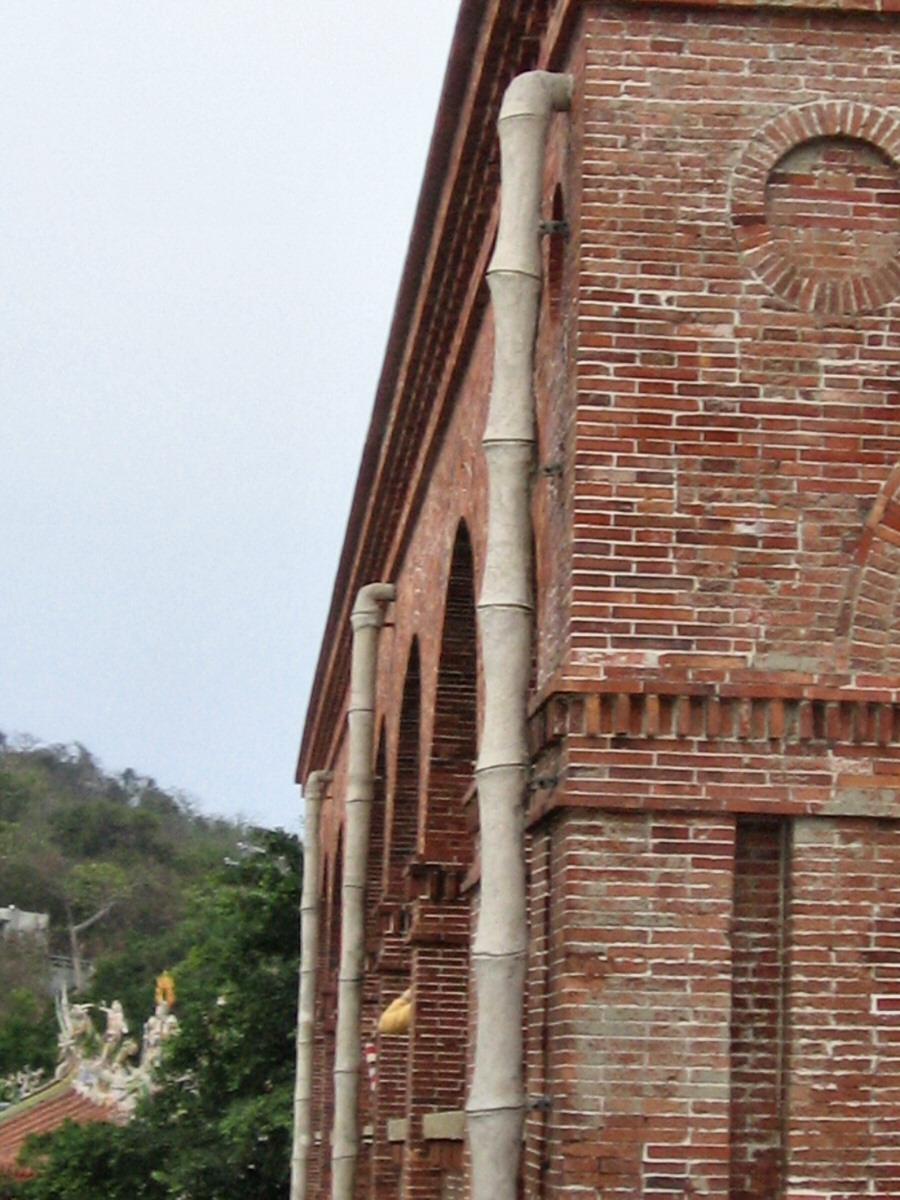