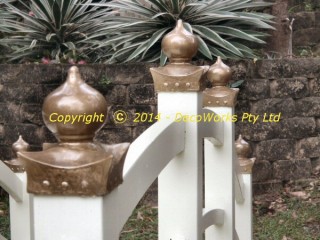 Oriental style finials on the bridge

Once the Japanese bridge had been built and installed the making of the custom oriental style finials to fit on each bridge post could begin. The post trim on decorative garden bridges (if any) are usually round wooden finials from a local hardware store. These are great for a Victorian staircase bannister but are not an exciting option for a Japanese bridge. With this in mind we decided to design our own oriental style finials that would enhance the Japanese flavour of the bridge.

A common finial shape on Japanese bridges is an onion-like sphere mounted on round bridge posts. Our bridge had square posts so the onion shape was combined with traditional Japanese roof design so it would fit to the posts. The final result compliments the Japanese style of the rest of the bridge. To keep costs to a minimum it was decided to cast the finials in plaster. Hessian was used around the edges where it was thinner to add reinforcement to the plaster. Several “drop tests” were made which proved the plaster cast to be very robust and suitable for dressing the bridge. The finials were sealed with shellac and finished in gold enamel paint. The bright gold dulled over a period of weeks to leave a nice metallic bronze finish on the finials.

The completed oriental style finials will now be fitted to the posts of the Japanese bridge. 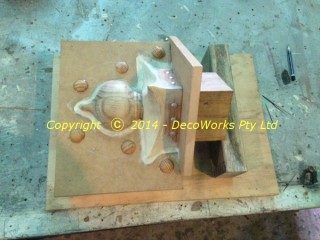 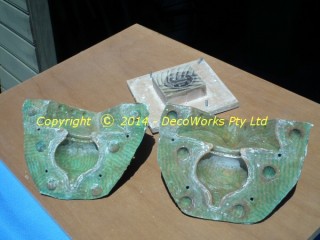 Completed latex mould of the finial ready for casting 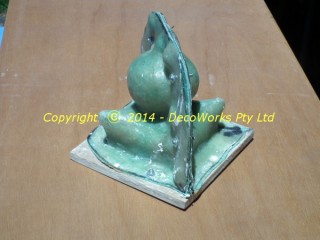 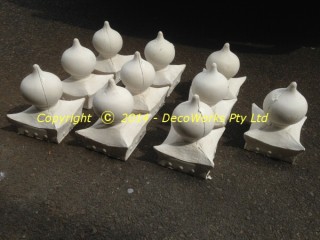 Completed plaster casts of the finials ready for sanding 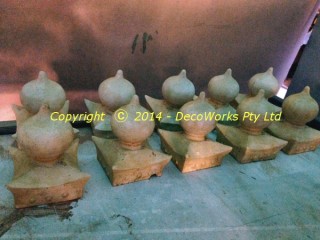 Finials after sanding and sealed with shellac 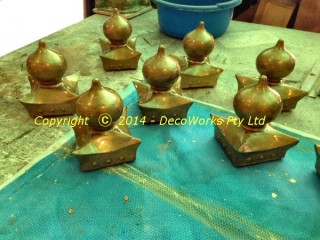 Finials completed with a coat of gold enamel