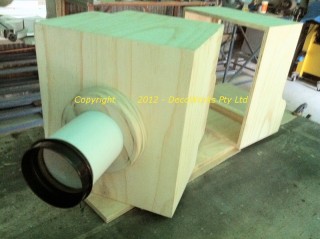 Work is well underway making a practical sliding box Daguerreotype camera and tripod. The camera was required for “The Greatest Wonder of the World” exhibition held at the State Library of NSW from February 23rd to May 12th, 2013. It was used to illustrate how these early cameras were used.

It is required to produce an 10″ x 12″ inverted image on its screen and be able to focus on objects about 3-8 metres away. A fixed hood will be fitted on the back of the camera to make seeing the image easier in ambient light. There will also be a self centering mechanism which will return the camera to its set position if it is moved by curious children.

The tripod is of a type typical of an 1870’s studio camera. They had some limited vertical adjustment and were sometimes fitted with wheels to enable the camera to be moved about.

The lens was purchased from America and is an original 100mm lens from an early Daguerreotype camera and was discovered on eBay being sold as a paperweight. The optical characteristics of the lens determined the camera’s overall dimensions. The focusing screen is usually ground glass however this could not be used because of breakage issues. A piece of 6mm clear acrylic sheet with some tracing paper attached was used. It is important to have the thinnest plane possible on which to focus the image so that it is crisp and clean.

Pictures of the completed Daguerreotype camera can be found on the main props page of the DecoWorks website. 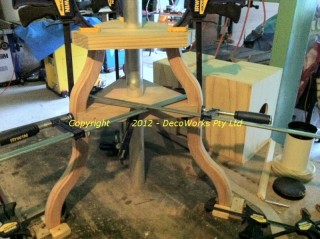 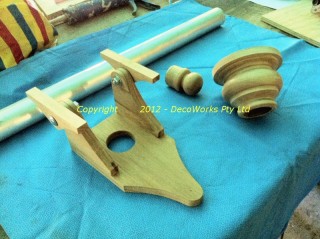 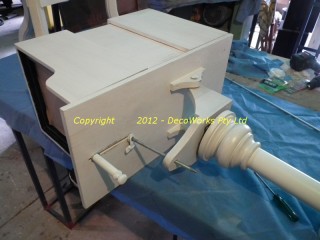 Fitting the camera to the main pivot 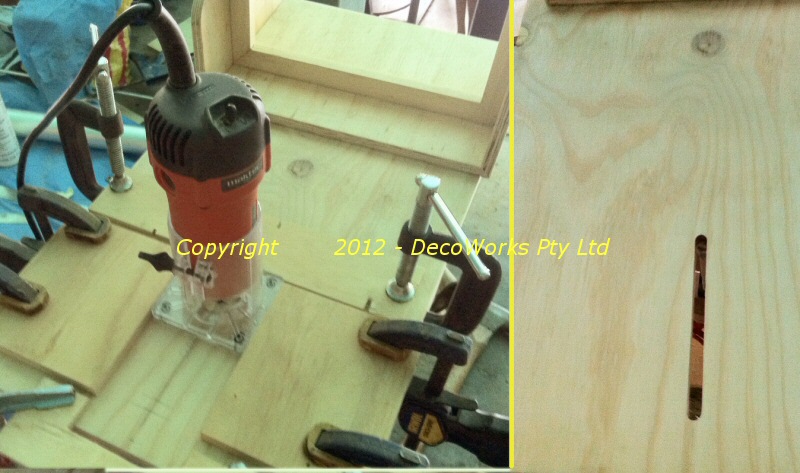 Routing the focusing slot in the camera base support