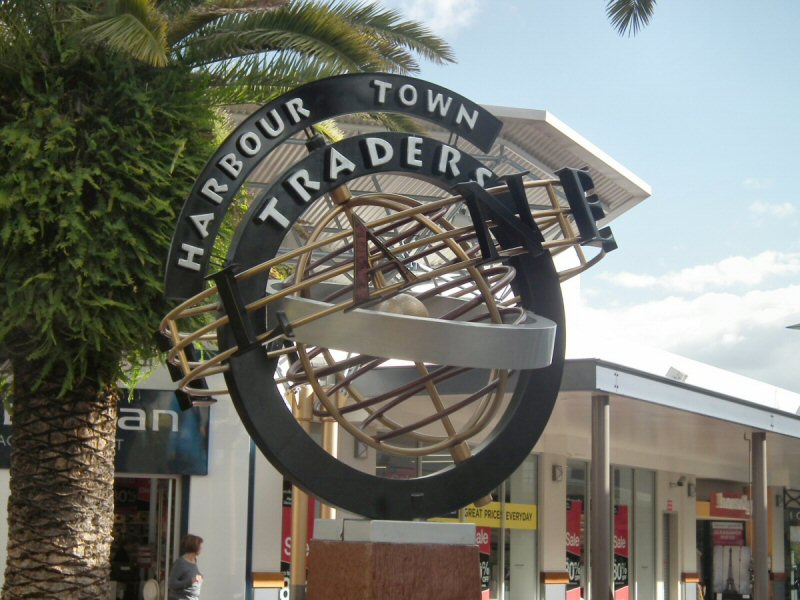 The last place I expected to see an armillary sphere was at Harbour Town on Queensland’s Gold Coast. It just proves they make great decorative additions to almost any situation. The image of an armillary sphere represented the height of wisdom and knowledge during the Renaissance and it still carries that legacy today.

The word armillary is derived from the Latin armillae meaning a bracelet. The sphere is made up of several concentric rings (or bracelets) set inside one another which collectively represent an Earth centred view of the celestial sphere.

The Persians and Arabs improved even more on the armillary and developed other astronomical instruments such as the astrolabe. More refinements occurred during the Renaissance particularly by Tycho Brahe (1546-1601).

The armillary sphere at Harbour Town on Queensland’s Gold Coast is a major sculptural element within the complex. It is set on a column in the middle of a compass laid out on the ground which is divided into 360 degrees. On this are indicated directions and distances to major cities around the world. It has quite a “Hard Rock Cafe” feel to it with the word LANE in prominent orbit around the outer sphere.

The sphere is inaccurate as the rings representing the polar circles and circles of the tropics are all equidistant from the equator ring when they should be 23.5 degrees from the poles and equator respectively. 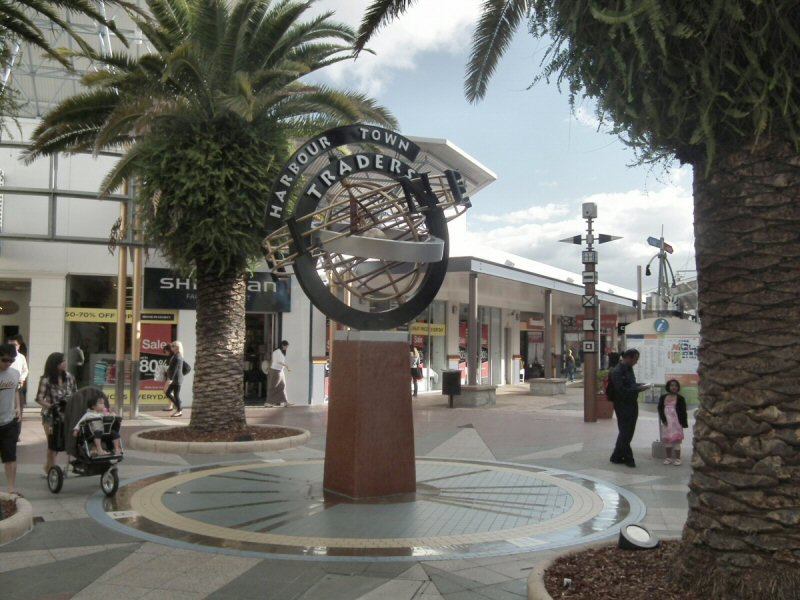