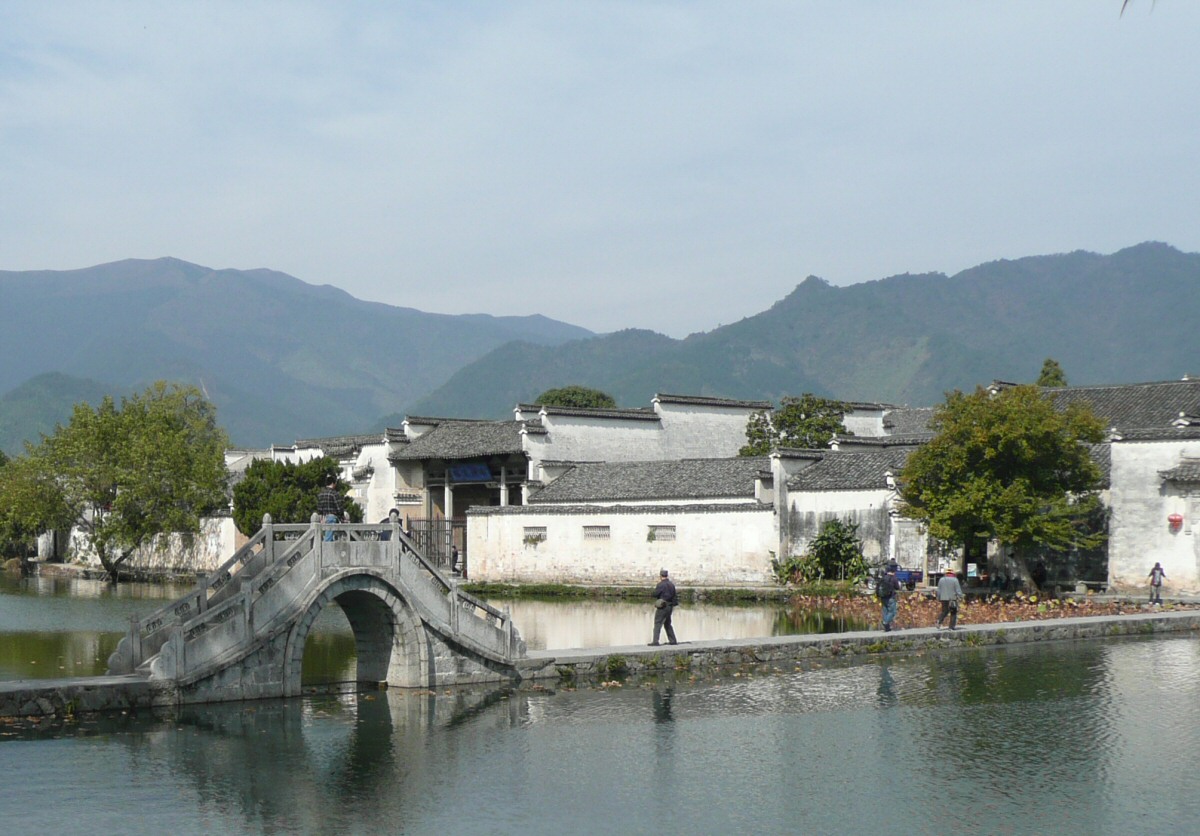 Hongcun village is located near the southwest slope of Mount Huangshan, in China. It is famous for its ingenious water system where water runs in ditches to every household and is finally gathered in a small lake in the front of the village. It is also famous for the exquisite carvings on the beams and columns of its houses. Chengzhi Hall is the most representative and is praised as the “Folk Imperial Palace”. Numerous varieties of gilded figures and patterns are carved on the columns, beams and door frames.

The picturesque bridge leading into Hongcun was used in the 2000 film “Crouching Tiger, Hidden Dragon”. 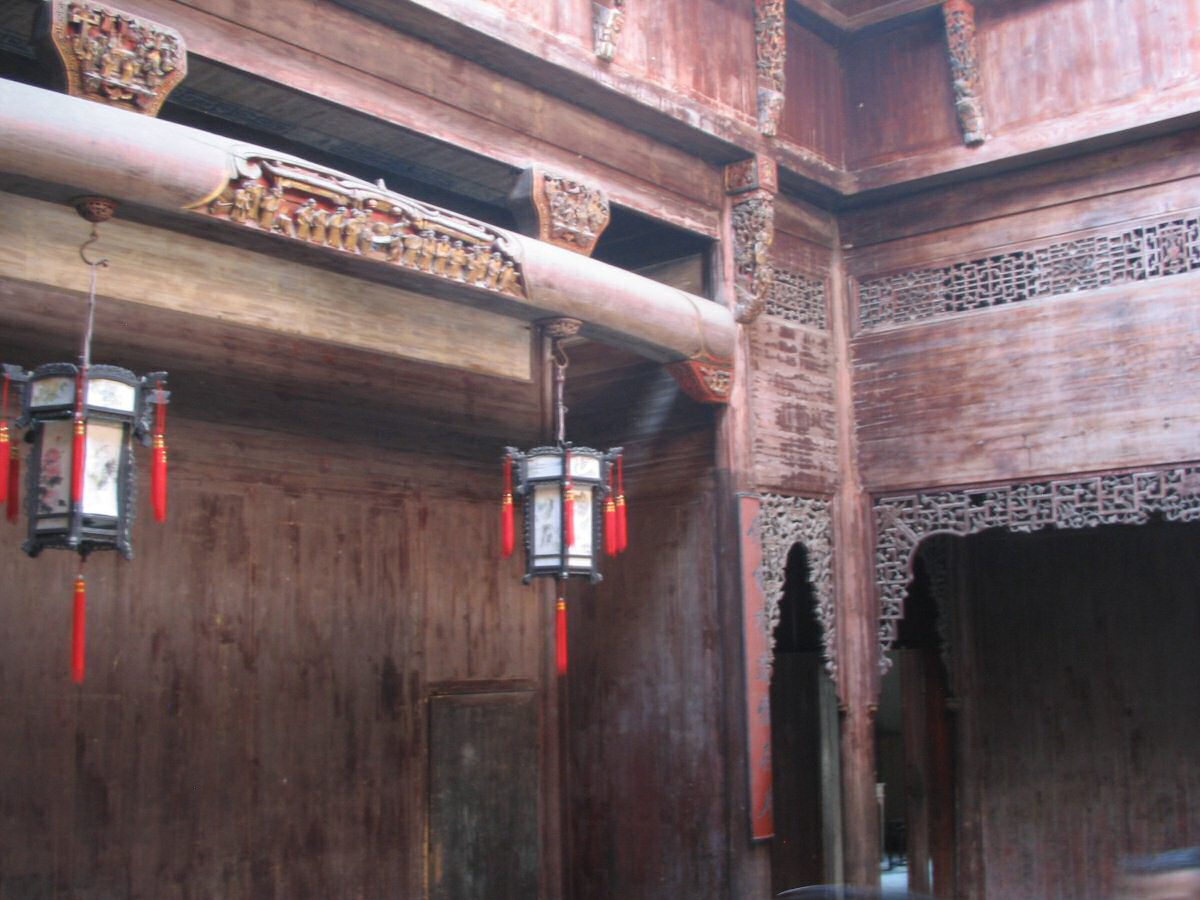 Lattice and carving inside Chengzhi Hall 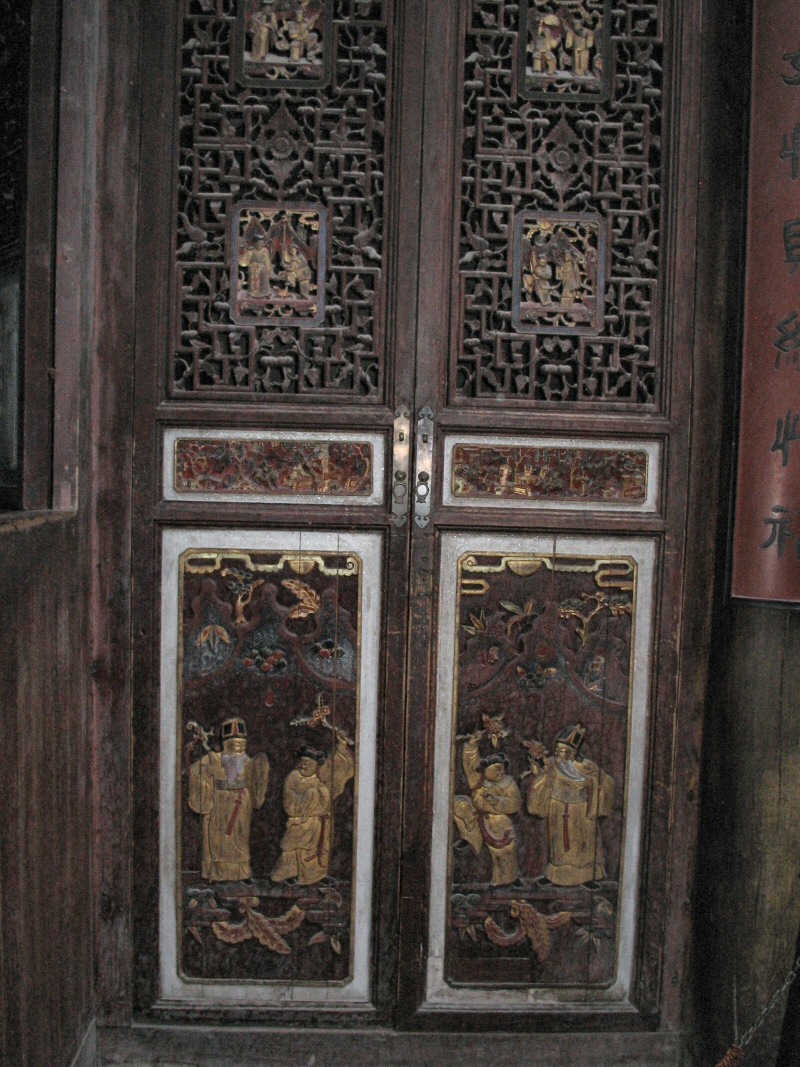