When big props or scenic elements are required for a stage show or special event a large mould generally needs to be made. Sometimes the mould can be made in-situ from real world objects such as tree trunks, a rock face or architectural elements rather than having the required object sculpted. This can save an enormous amount of time and money.

For smaller moulds it’s common for the armatures to be sculpted in polystyrene, plaster or clay. Polystyrene is the easiest to use but as the size of armatures increase so does the volume of foam required to make them. With plaster and clay it is the weight factor that becomes the big issue as armatures get larger. In most cases the major cost in making several big props or scenic elements is the cost of making the large mould armatures.

Usually a balance is struck when making large mould armatures between a cheap internal support structure and a thinner outer skin of foam, plaster or clay which is then sculpted to the desired shape. The method described below is a “Template” method for making armatures for large moulds. It involves connecting templates of different cross sections of the object together to make the initial armature base.This minimises the quantity of sculpting material required to make armatures for a large mould. 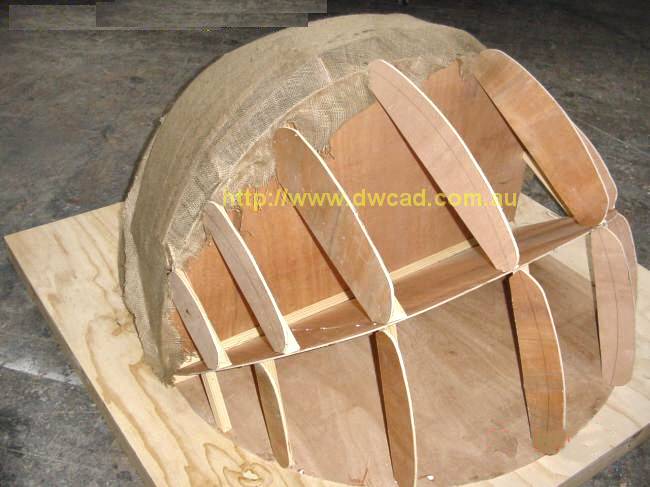 A rough shape is first constructed using ply templates to define the required shape. CAD greatly simplifies this task by providing accurate template drawings for marking out the individual section shapes. Use a solid base to build the framework as it will become quite heavy as more material is added. It is not a bad idea at this stage to attach four 100mm swivel castors to the base to make moving the armature around easier.

Always consider the logistics of moving any large object around before you start building. A little planning in the early stages can avoid all sorts of grief later in the process. 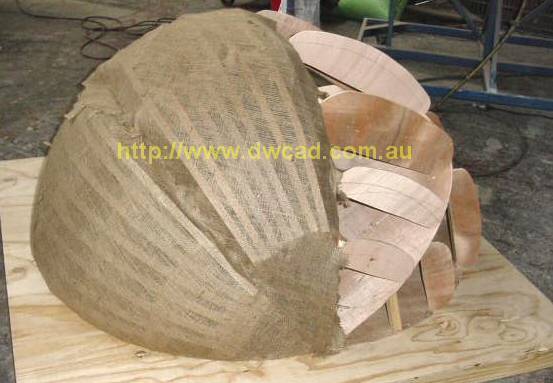 Once the armature framework is built cover it with a layer of hessian. This can be simply stapled onto the ribs and battons of the framework.

We now have the basic armature over which we apply the sculpting medium. Hessian is the better base for plaster. If we were using clay, chicken wire would be the better choice because the clay can ooze through the mesh which holds it in position. Polystyrene, on the other hand, needs smooth flat ply facets so it can be glued in position. That can get a little complicated with large objects. 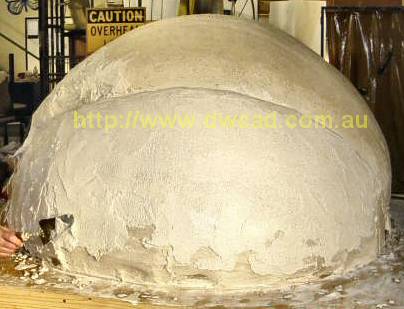 The hessian is now covered with several layers of plaster. It will need to be a thick consistency so it won’t run off the hessian. Make sure it bonds well with the hessian. 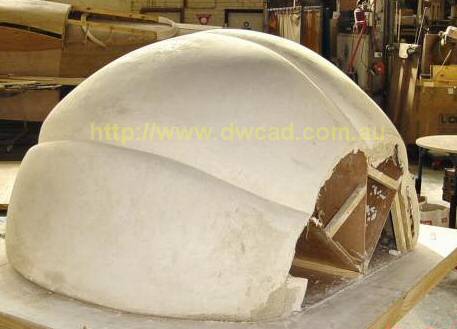 Next make up a mixture of plaster and vermiculite. A 50:50 mix is a good starting point. The vermiculite makes the plaster easier to carve once it has set. Straight plaster is like carving stone. The mixture is applied and shaped as required and sanded smooth once it has dried out a little.

It should now be left a couple of days to dry out completely before the next step of making the large mould. 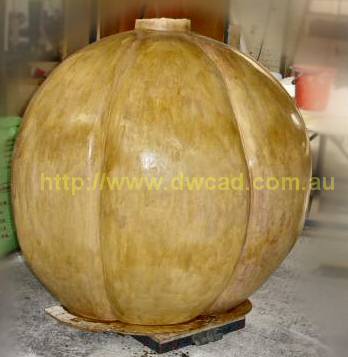 After the plaster has thoroughly dried you can give it a very light sanding with fine sandpaper to get a nice smooth finish. Fill any small holes you find. The plaster is now sealed with shellac and several layers of wax is applied to act as a release agent.

Be fastidious when applying the wax release agent. By building up a smooth glazed wax surface now it will save a huge amount of unnecessary sanding work later if you happen to miss a section. 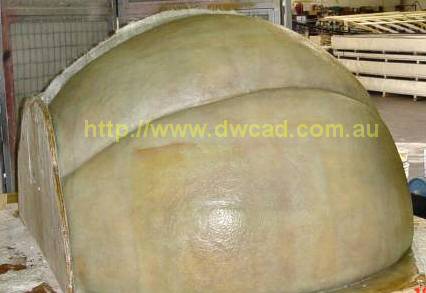 Because there were curved surface features on the object to be moulded it was necessary to make a two part mould. This ensures that the fibreglass shell can be easily removed from the armature. Any subsequent castings made from the large mould will be easy to remove as well.

The photo shows the finished fibreglass shell of the first half of the large mould. 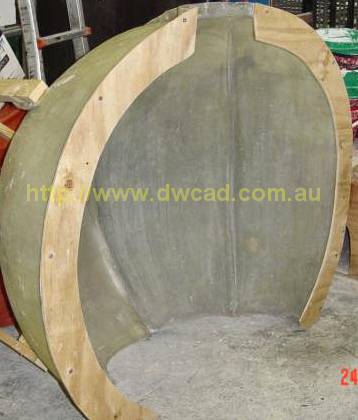 Here is the finished two part mould of the large object. Since it is a symmetrical object we only need a mould for one half.

After casting two complete sections the two halves are fibreglassed together to make the finished object.

The making of large objects involves a huge amount of work. The making of the mould is the major expense incurred. If short cuts are taken with the mould it can lead to very expensive mistakes when the time comes for casting.