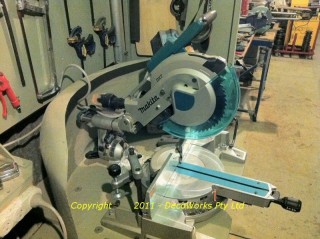 One of the most useful tool accessories in the workshop is a mitre saw dust guard. Without one saw dust gets everywhere and makes a huge mess. Most commercial varieties are basically boxes around the back of the saw which really waste a lot os space and don’t look that good.

With this in mind I decided to make my own mitre saw dust guard that took up as little room as possible and also had a bit of style about it. I sculpted an armature that followed the arc of the saw and then rounded over the top so the saw fitted just beneath the lip. This stops the majority of the saw dust going everywhere. I put a 50mm connection tube in the back which is going to connect to the dust extractor.

After making a fibreglass mould from the armature I cast the dust guard in fibreglass, painted it and attached it to the back of the saw. Voila! Saw dust under control! 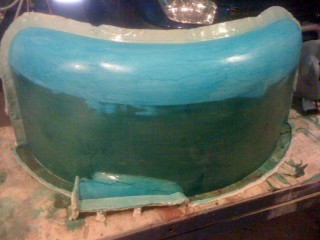 Sculpted armature ready for fibreglassing to make the mould 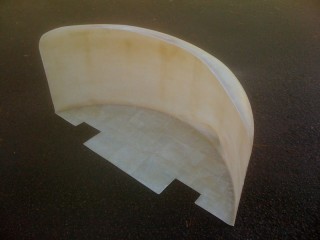 The dust guard removed from the mould and ready for painting