A minaret jamour sits on top of the tower adjacent to a mosque which is used to call Muslims to prayer five times daily. This tower is called a minaret. In Morocco the tower (minaret) is square with a spire on top which has a number of spheres attached. This spire is known as a jamour and it can symbolise the sun, moon and stars or the four elements – earth, wind, fire and water.

Here are some examples of the Moroccan minaret jamour illustrating the different styles. 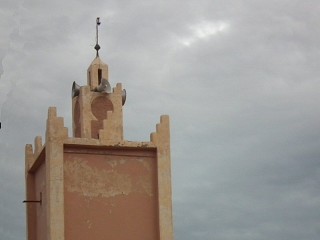 Single sphere jamour seen on the Road of 1000 Kasbahs 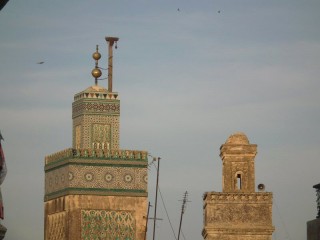 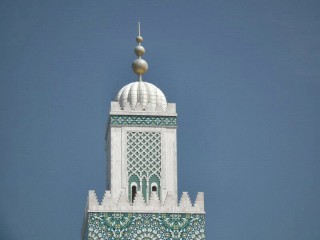 3 sphere jamour on the Hassan II mosque in Casablanca 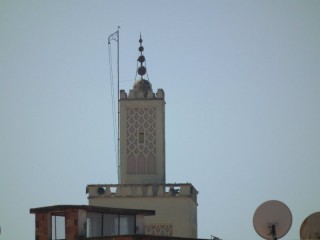 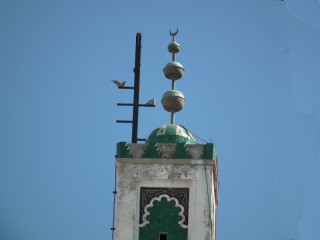 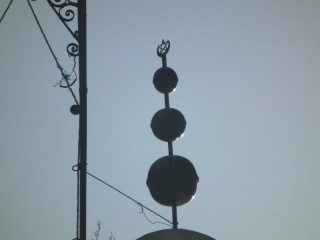 3 sphere jamour in Fes with star and crescent moon