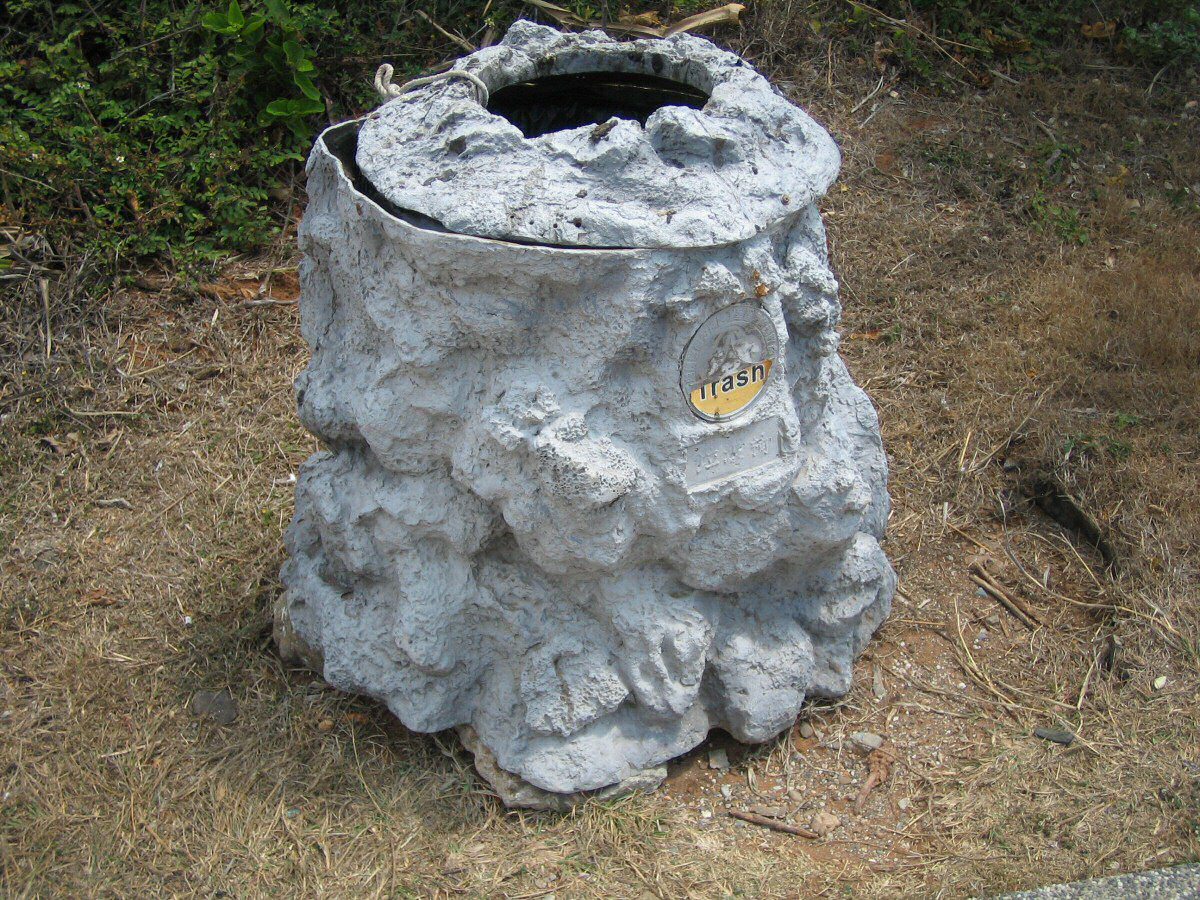 Rubbish bin disguised as a rock

The Chinese invest a lot of effort to disguise everyday items to look like they are part of the natural environment. An example are the steel safety railings on paths through National Parks that are disguised to look as if they are made from rough timber poles. The Chinese go to a lot of effort in their National Parks to keep them looking as natural as possible. This creative disguise technique is used extensively for theatrical sets and it is great to see these techniques used this way.

One cute example of the use of theatrical techniques in real life I discovered at Maobitou (or cat’s nose) at the southern most tip of Taiwan. It was this rubbish bin disguised as a rock. It’s a great idea but makes looking for a place to put your rubbish a challenge for your observational skills and a major exercise in lateral thinking.