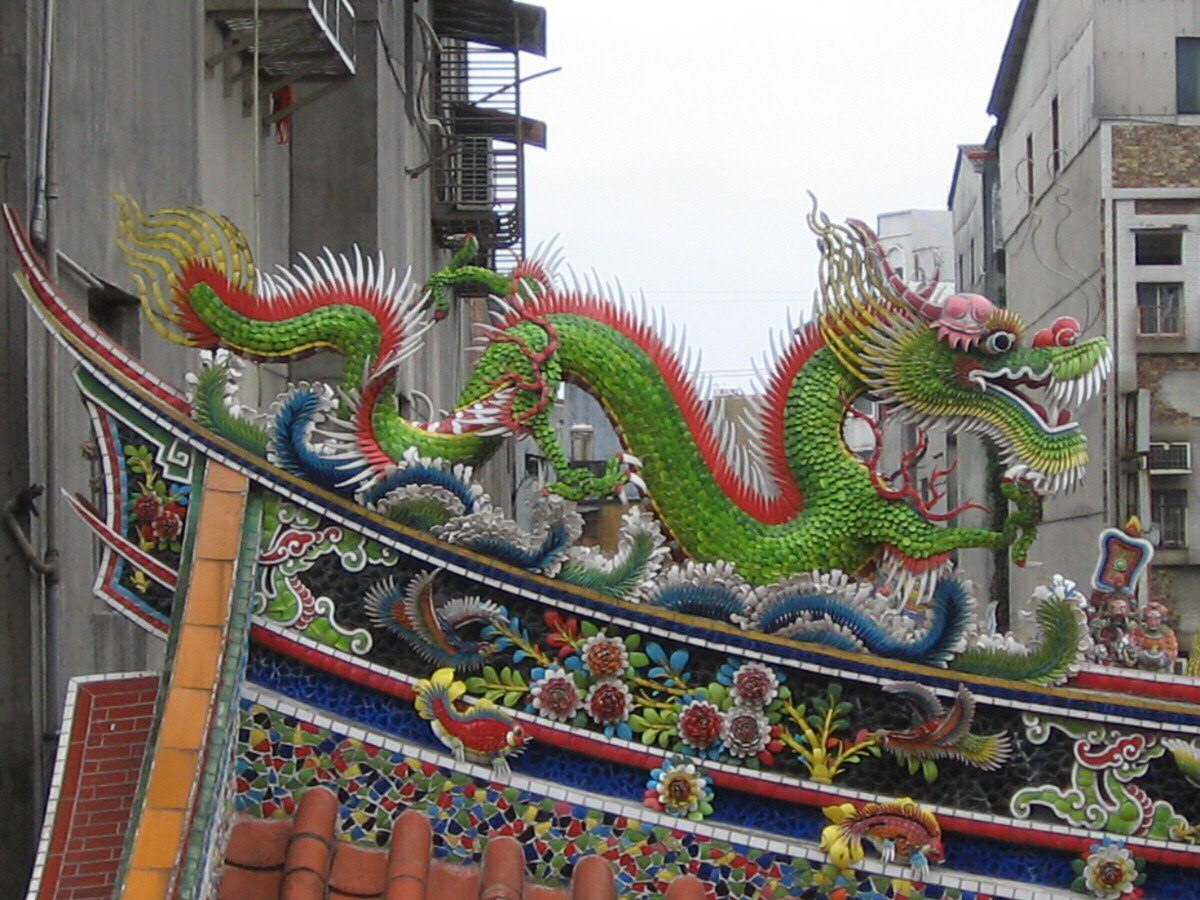 Taoist temples in southern China and Taiwan may often be identified by their roofs, which feature Chinese dragons and phoenix made from multi-colored ceramic tiles. They also stand for the harmony of yin and yang (with the phoenix being yin).

The photo on the right is a nice example of a Taoist dragon statue atop the Quinshan Temple in Taipei. The Taoist temples are very colourful and over the top with their decoration and the Taoist dragon motif is ubiquitous.

Power of the Taoist dragon

The Tao literally means “the way” and can be roughly stated to be the flow of the universe, or the force behind the natural order, equating it with the influence that keeps the universe balanced and ordered.

The Taoist dragon symbolises the Yang or male energy and brings order to the natural world.