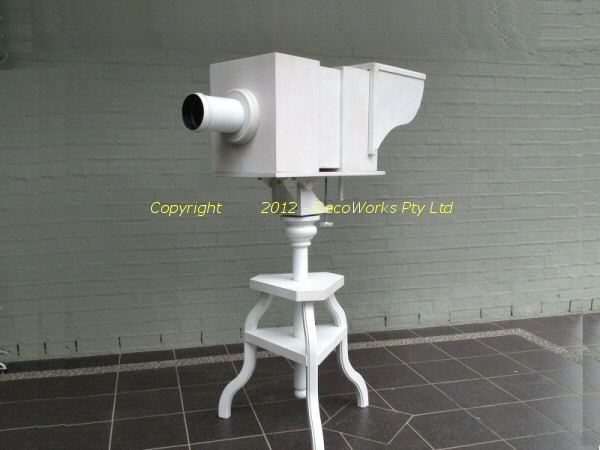 The design of a practical daguerreotype camera prop is totally dependent on the choice of lens that will be used. A practical sliding box camera replica from that period that could produce a 10" x 12" inverted image on its screen and focus on objects three to eight metres away was required for "The Greatest Wonder of the World" exhibition held at the State Library of NSW from February 28th to May 12th, 2013. It also needed to have a self centering mechanism which would return it to its set position if turned away by curious visitors.

Pictures of the camera construction can be found in the Deco-Blog.

The daguerreotype camera of the late 19th century used a photographic process called the Wet Plate Collodion process. It was invented by Frederic Scott Archer and was first introduced in 1850. Within 10 years it had all but replaced the daguerreotype process which was the first successful process used to make photographs.

The Wet Plate Collodion process was very inconvenient to use. The plates had to be prepared, exposed and developed within the space of fifteen minutes or so. It also required very long exposure times which limited its use to landscape/architectural and portrait work. One huge advantage of the process was its ability to record microscopic detail - something that has not been achieved to this day by dry gelatin plates, modern celluloid film or digital technology.

By the 1880's the Wet Plate Collodion process was replaced by dry gelatin plates which were more sensitive, required much shorter exposures and were easier to use.

These cameras were used for both daguerreotype and Wet Plate Collodion photographs. This prop replica was fitted with a fixed hood to make viewing of the image in ambient light easier. The self centering mechanism was operated by a counterweight hanging inside the support column which pulled the camera back to its set position when turned. Focusing was achieved by moving the rear box section forward or back until a crisp image was obtained. 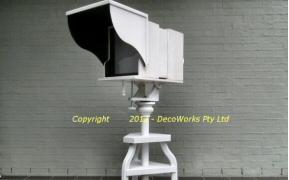 Back view of the camera showing the light hood. The hood can swing down covering the back window for traveling. 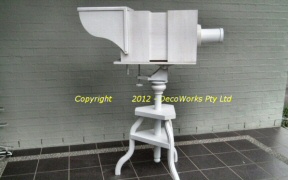 Side view showing the relative sizes of all the parts. 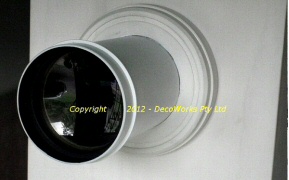 The lens was found on eBay advertised as a paper weight. By pure luck it was the correct diameter and focal length required for the camera. I have not seen one since. The lens was fitted onto a piece of PVC tubing and attached to the camera box. 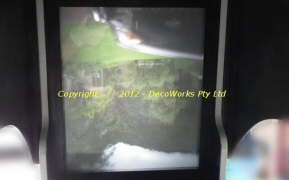 Here is a view of the inverted image at the back of the camera. This is where the photographic plate would be placed in a real camera. 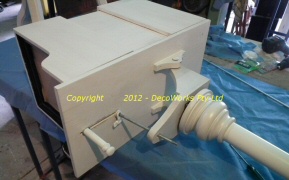 The camera had a rudimentary pivot control so that it could be *aimed* at a photo at the exhibition. A self centering mechanism was also included which operated by a weight inside the support post. 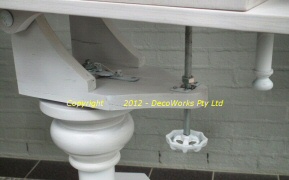 Another view of the tilt control knob and part of the self centering mechanism. This can be seen more clearly in the video below.


This short video illustrates the workings of the centering mechanism.
It can be also found at http://www.youtube.com/watch?v=rByoiJxkoC0.