Making the props for the world premiere of a new musical based on the Boris Pasternak novel, Doctor Zhivago, which opened at the Sydney Lyric Theatre in February 2011 was a big project. The show, starring Anthony Warlow as Doctor Zhivago and Lucy Maunder as Anna, tells the story of an intense love affair set against the backdrop of the Russian revolution

The 1965 David Lean film of the book starred Omar Sharif as Yuri Zhivago and it remains one of the top grossing films of all time. Produced by the Gordon Frost organisation Doctor Zhivago was directed by Des McAnuff (The Jersey Boys) with music by Lucy Simon. Michael Korie and Amy Powers did the lyrics and the book was written by Michael Weller.

Michael Scott-Mitchell was the designer of the production. Many props required for the production of Doctor Zhivago were made by DecoWorks. A description of making the wooden chair props shows the work involved in making them 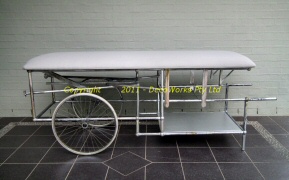 This was made from tubular steel and had solid antique bicycle wheels. 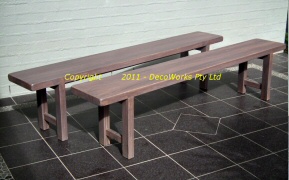 Very simple wooden benches which were put together during the show to make a bed. 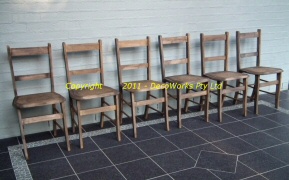 The designer found a chair he liked and asked for X6 copies to be made. There were also two breakable chairs made which were broken each performance in a fight sequence. The parts were held together by thin dowels. Detailed construction information can be found here. 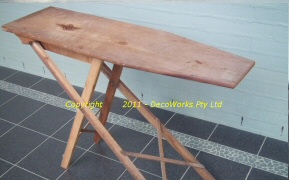 This period wooden ironing board was modified to have a smoke machine inside to simulate burning something when ironing. 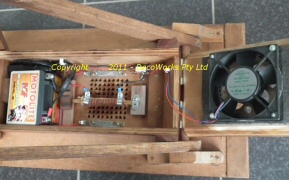 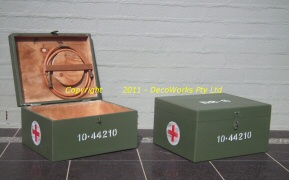 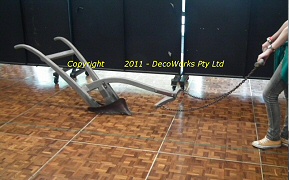 Two of these period ploughs were made. A fibreglass plough share was used and plastic chains to minimise noise. 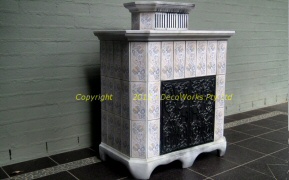 All timber construction with printed tile patterns glued on. The doors opened to reveal a lighting effect inside.