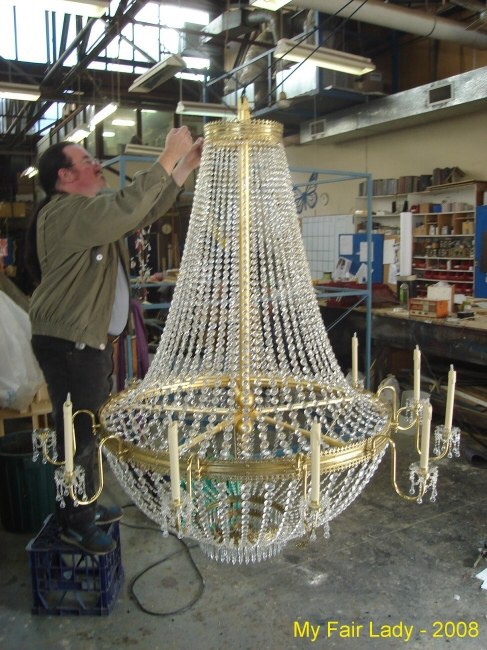 For the 2008 production of "My Fair Lady" designer Richard Roberts provided a design for a empire crystal chandelier to be used in the ballroom scene.

Off the shelf items suitable for the design were sourced which were then drafted into a CAD drawing and incorporated into the design of the crystal chandelier.

The precise lengths of the lead crystal drops were calculated from the drawings which were then imported from America and attached to the steel armature. Locally made brass wall sconces were found that, after minor modifications, were attached around the main rim.

To minimise damage to the crystal drops during transport fishing line was threaded through each one. This helped to support the combined weight of the crystals on each string of the crystal chandelier. 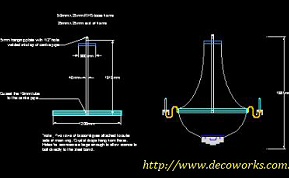 A CAD drawing was used to calculate the materials required for the chandelier. 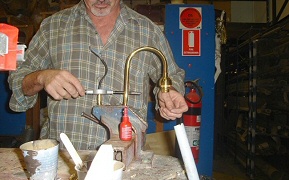 Here David is re-tapping the thread on commercial wallsconces to use on the chandelier. 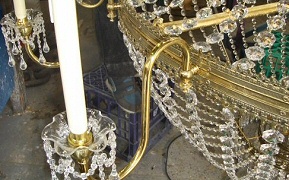 Twelve sconces in total were fitted around the chandelier frame. 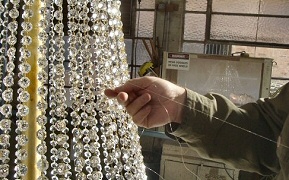 Fishing line was threaded through all the crystal drops to minimise breakage when travelling between venues.