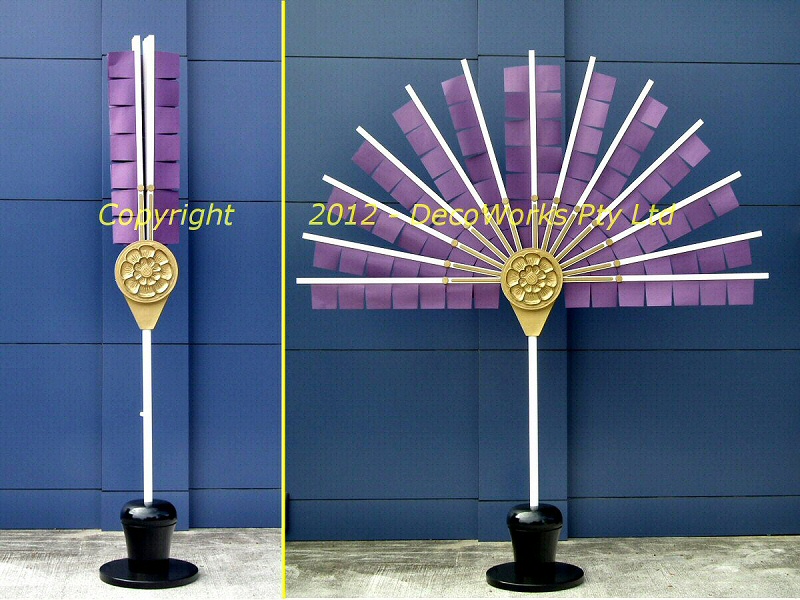 The design of seven large fan mechanisms for Opera Queensland's 2012 production of "The Mikado" was a challenging project. The seven fans were three metres in diameter and needed to be carried on stage by performers and then opened. At the end of the scene they had to be closed again and carried offstage. The fans were mounted on aluminium poles that fitted into fibreglass base units which supported them on stage.

The photo on the left shows one of the fans in its closed and open position.

The fan mechanisms were relatively simple. Custom hinges were made that had limited movement which controlled the fan blades when they opened and closed. A simple lever arrangement raised and lowered the blades via an operating rod fitted inside each support pole.

The challenge was to keep the overall weight to a minimum. Initially, fibreglass spars were considered for the fan blades however they seemed a little heavy. A sample blade was fashioned from timber and compared to the equivalent fibreglass spar - it was one third the weight of the fibreglass. It was a simple decision to go with the timber spars and Tasmanian Oak was chosen for its straight grain and strength. This resulted in a considerable weight saving for the fan mechanisms.

Other weight savings were achieved by making the central disc motif (which covered the fan operating mechanicals) from fibreglass. Aluminium tube was used for the support poles and paper for the flags on each spar.

Below are some photos taken during the construction of the fans. A video of the fan operation gives a clear indication how they operated. 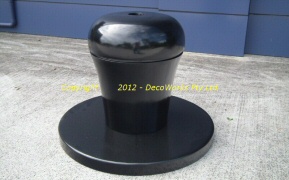 A mould was made and six casts taken in fibreglass. A steel sleeve was fitted inside to accommodate the fan poles. 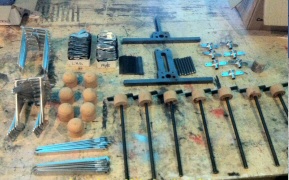 All the parts were laser cut in 3mm steel and polycarbonate. 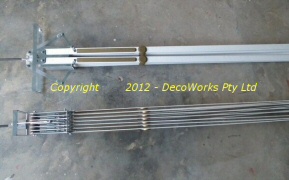 The timber blades have been assembled with the opening mechanism. 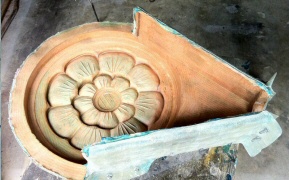 This is the mould made to cast the mechanism covers in fibreglass.

Purple paper squares were then glued to both edges of the fan blades.

The X6 fans fitted inside their travel crate for transport to Queensland. 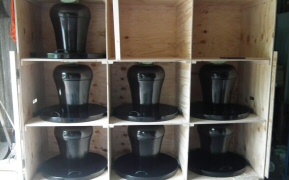 The X6 base units traveled in a separate crate.