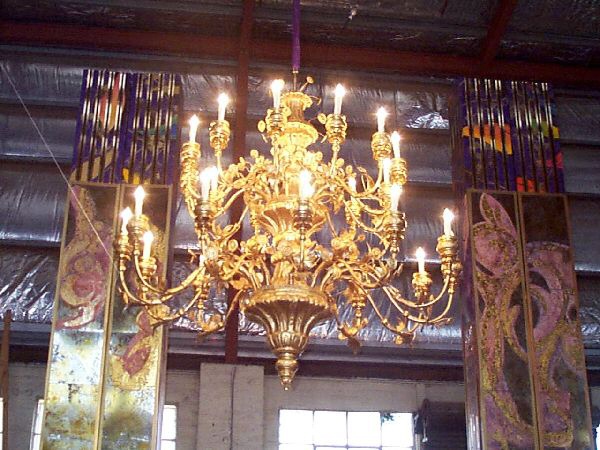 Designer Victoria Feitscher provided a reference photo of the gold chandelier from the ballroom in the Ca'Rezzonico palace in Venice for her production design of the 2001 production of "The Gypsy Princess". The ballroom also appeared in the James Bond film "Moonraker" as an interior of Drax's mansion. (see photo below)

From this photo David drafted working drawings of the prop chandelier using CAD. The gold chandelier arms were made by props staff from steel tube bent as per the drawings with leaves on the arms made from leather. Chinese brass bowls were used for the candle bases.

David also devised a special lathe which was used to turn the central column sections in polystyrene. Two prop chandeliers were required. The smaller one (pictured) was made circular but the larger gold chandelier prop was made oval because there was insufficient room for it to hang in the flies if it was circular. 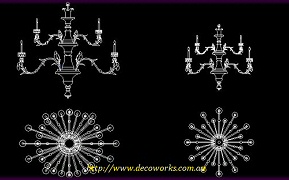 The CAD drawing was made from the reference image provided 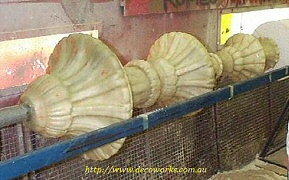 The central column of the chandelier was turned on a purpose built lathe in polystyrene foam. It was fibreglassed on the lathe as well as it was easier. 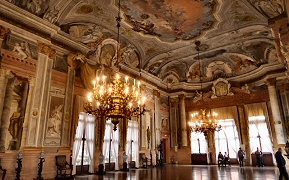 The Ca'Rezzonico palace in Venice showing the chandeliers