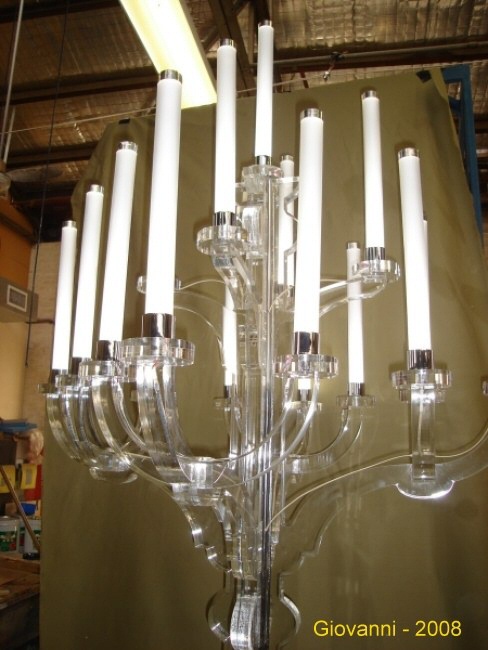 DXF files were drawn from Michael's design and the parts were laser cut in 40mm thick Perspex.

The glowing candles presented a challenge. Everything from fluorescent lamps to chemical light sticks were considered. Eventually high intensity LED Dragon Pucks were chosen. Custom made metal bases for the Perspex tubes were made that were then chrome plated. These housed the Dragon Puck LED's and fitted to the candelabra arms.

The structure of the Perspex candelabra was transparent so the wiring had to be discrete. Thin telephony cable was selected as the Pucks only used 350mA of current. Chrome plated brass tubes ran the full length of the body that fed the wires up from the connection box on the base to the candelabra arms. Small connectors used in computers plugged the cables together and connected the LEDs. 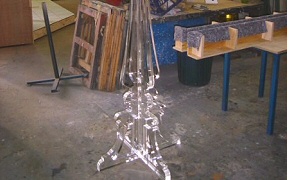 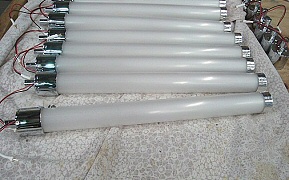 The candles were perspex tubes with LED lamps fitted in the base. A timber conical diffuser was fitted inside the tubes to minimise hot spots. 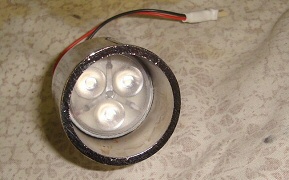 These were the LED lamps used at the base of the candles. 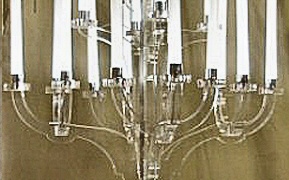