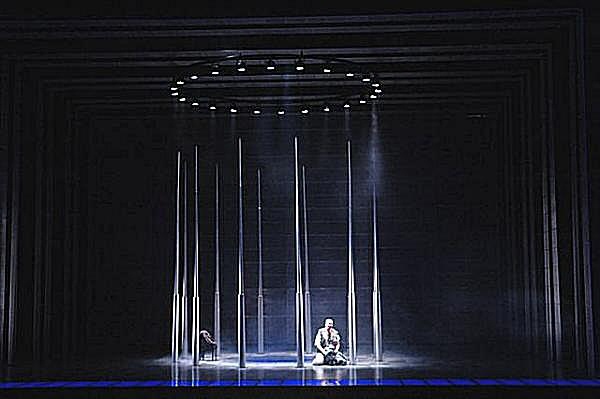 The 2004 State Opera of South Australia production of Wagner's Ring Cycle included raising X12 six metre tall telescopic spike units from underneath the Festival Theatre stage floor where the height was only about three metres. Designer Michael Scott-Mitchell also wanted gas burners to rise up through the same twelve holes in the stage floor to create a circle of flame.

David Wilson designed the twelve telescopic spike raising mechanisms required to produce the special effects and supervised their construction at the Opera Australia workshop in Surry Hills. The picture on the right shows the X12 telescopic spike units extended during a rehearsal performance of "Die Walkure". 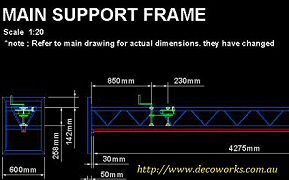 This CAD drawing was used to design the mechanism of the telescopic spikes and to ensure it would fit underneath the stage. 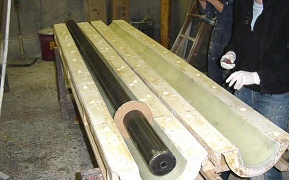 Here a steel cylinder liner is being fibreglassed inside the lower section of a spike. A metal piston with the top spike section attached slides up and down inside the metal cylinder. 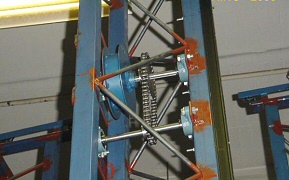 A view of the hand winch which raises and lowers the spike assemblies. 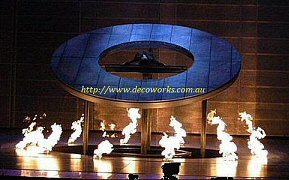