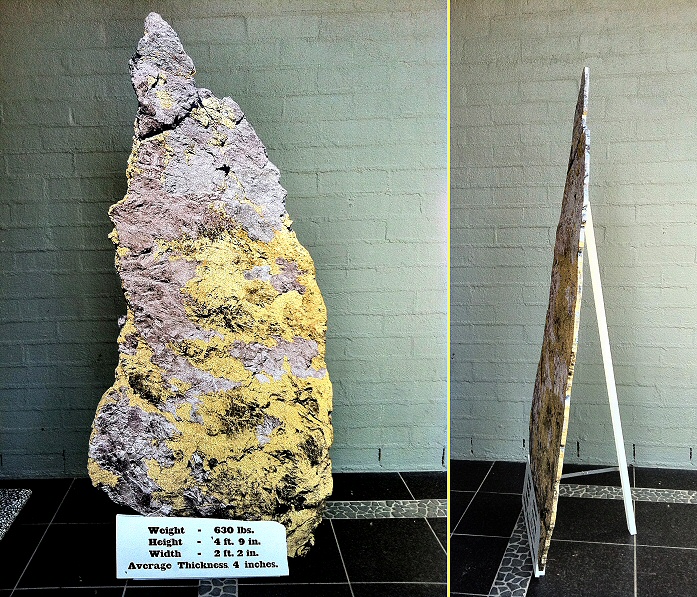 The Holtermann gold nugget was discovered at Hill End in 1872 and was the largest recorded single piece of reef gold ever found in the world.

DecoWorks was approached to make a full size 2D replica of the nugget using gold leaf on the final image to enhance its overall visual appeal.

The Holtermann gold nugget replica formed part of the "Greatest Wonder of the World" exhibition which was held at the State Library of NSW from February 23rd to May 12th, 2013. The exhibition showcased the photographic work of Merlin Beaufoy and Charles Bayliss who, under the patronage of Bernhardt Holtermann, had documented life in the gold fields and towns of Australia in the 1870's. The photo on the right shows the completed Holtermann gold nugget replica.

Here is an image of the Holtermann gold nugget display at the exhibition.

It was fortunate that photographer Beaufoy Merlin had been in Hill End in 1872 to capture an image of the nugget before it was sent to be crushed. The State Library possessed the original wet plate negative made by Merlin which was part of a larger cache of wet plate negatives, now known as "The Holtermann Collection", which were discovered in a garden shed in Chatswood in 1951. The Library had made high resolution scans of all the negatives in the collection, which was the basis of the exhibition, and we were provided with a copy of the nugget image from which to work.

The first, and rather arduous, task was to map the 4415px x 9450px image to work out what areas were likely to be gold and what areas were quartz and rock. Below are the steps taken to create the final image. 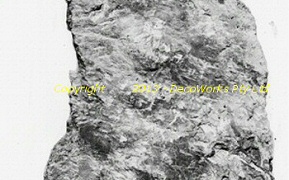 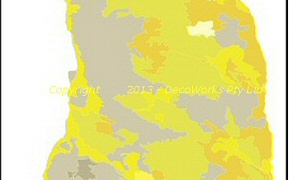 The different rock textures in the image were mapped out and assigned different colours. 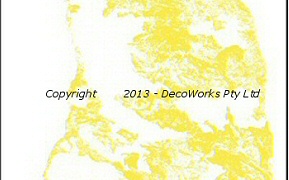 Using the texture map made from the nugget image the likely areas of gold were all combined into a single layer. This was used for the gold contour mapping. 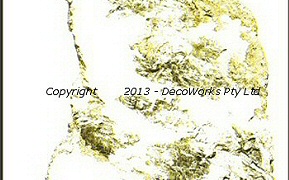 The gold areas were divided into four threshold levels, with each assigned a specific shade, to create a gold contour mask to give some depth to the gold leafed areas. 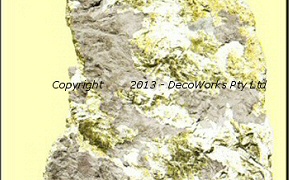 The rock areas were combined with the gold contour mask leaving white areas that are transparent. This allows the gold leaf under the printed image to be seen. 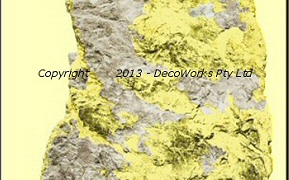 Here a background layer of yellow has been placed behind the final image to show where the gold leaf will be seen through the transparent parts of the image. 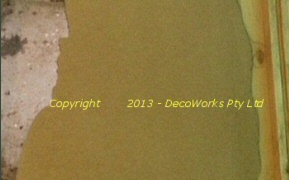 The full size nugget profile was laser cut in MDF for the image backing. 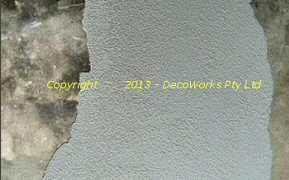 A texture coat was applied to the MDF to remove the *flatness* of the gold leaf and unify the printed image. 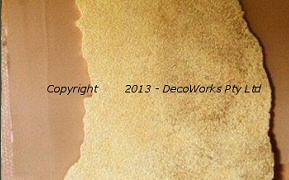 The MDF panel is gold leafed and is now ready to have the masked image printed on top. 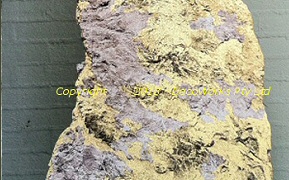 The completed nugget image. The transparent areas of the masked image show the gold leaf below.