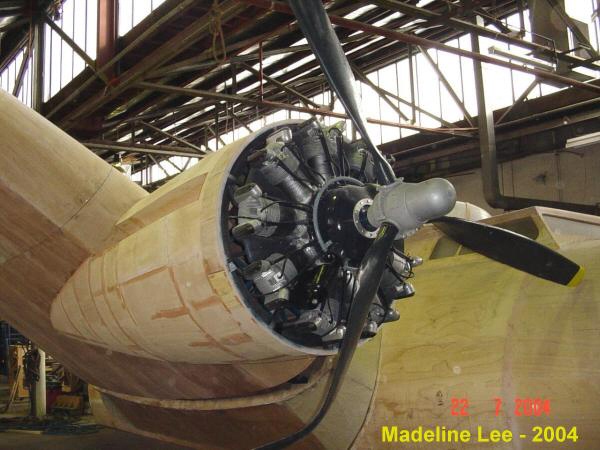 This replica of a Wright Cyclone radial engine was made for the modern opera "Madeline Lee" designed by Brian Thomson. It was a complicated prop to build because of the realism required in the finished engine. The opera is based on the true story of a B-24D Liberator bomber called the "Lady Be Good" which failed to return from a mission to Italy in 1943. A search failed to find any trace of the plane.

The wreckage of the plane was discovered 15 years later in the Libyan Desert. It was another two years before the remains of all but one of the crew were discovered. The plane had run out of fuel and the crew had parachuted to safety. The plane had crashed 16 miles south of where the crew had safely landed.

The fascinating story of "The Lady be Good" is an exciting story. The fact that the body of the ninth crew member was never found is the plot for the opera "Madeline Lee".

Below (left) is the 3D CAD drawing used to make the prop engine. Parts were laser cut from the DXF files produced from this drawing. A picture also shows the 3D CAD rendering of one of the cylinder assemblies. These were made from rings of steel and MDF glued to PVC storm water pipe. 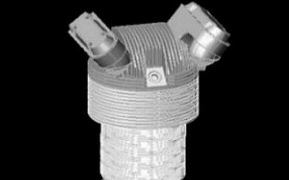 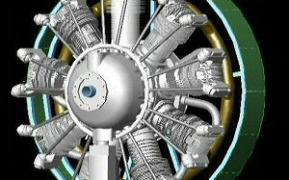 This CAD drawing was made and all parts were manufactured from this. 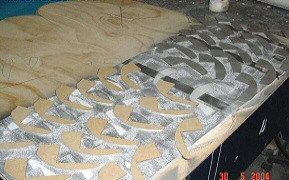 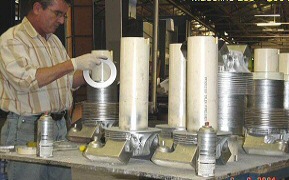 David fitting the MDF cylinder fins to the PVC pipe 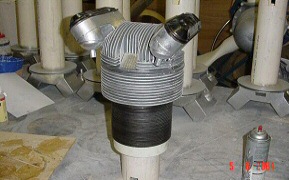 David putting finishing touches on the engine before it goes to the Scenic Artists for *distressing*. 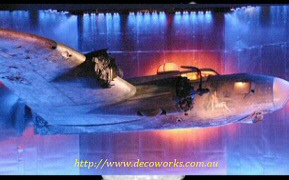 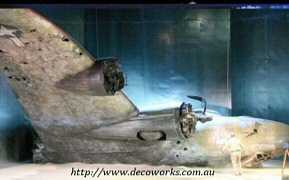 The B24D Liberator in its crashed position during rehearsal at the Sydney Opera House.